Heroes are only as strong as their urges. Learn what can make a good protagonist great. 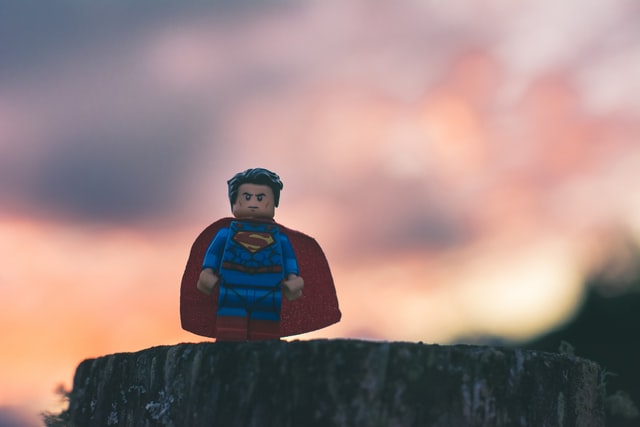 Over the weekend I went to an old-school arcade filled with the video games I played as a kid—Ms. Pacman, Galaga, Kangaroo. For twelve bucks, I could fight as many arcade bosses as I wanted and play pinball until my pointer finger ached.

Walking into that steamy, dark room was like stepping back into my childhood.

Only this time, I’d entered my kid version of heaven.

Be still my Gen-Xer heart!

My adult version of heaven is a story that works. And for around twelve bucks, Blake Snyder is showing me how to make that happen.

Last week, we explored the ingredients in a good logline, and why it might be better to create one before you write.

Once you’ve finalized your logline, your next task is to figure out who the story is about.

Snyder says, “a market-tested logline proves you have a story, but the hero is what makes the story work better.”

Your hero, or protagonist, is the person who “faces the most conflicts and has the longest way to go emotionally.” They’re also the person who needs to change the most.

Once you know who this person is, you need to give them a dramatic need. Snyder’s advice: go primal. “Think survival, hunger, sex, protection of loved ones, or fear of death.” Because “primal urges get our attention,” he encourages you to make your stakes primal too.

As part of his explanation, Snyder uses the logline for the movie Ride Along. “A risk-averse teacher plans on marrying his dream girl but must first accompany his overprotective future brother-in-law—a cop—on the ride from hell.”

This pitch is double primal. The teacher wants to marry his fiancé (sex) but first, he has to survive a life-threatening test (death).

When it comes to who you “cast” in your story, Snyder says we connect with characters we can relate to. In his list, he includes “husbands and wives, fathers and daughters, mothers and sons, and ex-boyfriends and girlfriends.” That doesn’t mean your characters and stories must fit this mold but consider the roles your characters play.

For example, if a boy hero befriends a dragon, is the dragon a buddy, surrogate parent, sibling, or something else?

Snyder says it’s also helpful to apply some Jungian archetypal roles to your characters. Archetypes are images and themes that arise from the collective unconscious. They show up in the dreams, literature, and art of most cultures.

Psychoanalyst Carl Jung identified twelve archetypes that show up in literature. You can find them here.

You can also study the works of Joseph Campbell, who wrote extensively about the hero’s journey and its archetypes.

Inspired by Jung and Campbell, Snyder created his own list of archetypes for the cinema.

While Snyder makes some important points in this chapter, his archetypes and the “cast of characters we related to” focus solely on traditional gender roles and assignments that are a bit outdated. They don’t take into account the diversity of experiences readers might have and they might not represent yourreaders.

For instance, Snyder talks about Hollywood’s obsession with youth and encourages writers to cast young, “demographically pleasing” characters (whatever that last term means), because young people are the ones generating box office sales.

When it comes to book sales, that’s not always true.

While the average age of readers for genres like YA and horror is fairly young, the average science fiction, fantasy, romance, and memoir reader is in their mid-forties. That’s why it’s important to understand the readers of your genre.

Instead of canceling Snyder, I encourage you to read his work with a grain of salt.

Use his book to find out what’s been cinematically successful and why, then if it speaks to you, use your own writing to successfully turn those archetypes and roles on their heads.

So, what do you know about your characters?

What are their primal needs?

What roles do they play?

What archetypes can you come up with to augment or counter Snyder’s list?

Whether the sun is shining in your part of the world, or you’re enduring the heart of winter, take time to play and celebrate your life.

After you’ve found a little joy, return to your writing desk.

Your stories are waiting for you.