The F Word Every Writer Fears Most 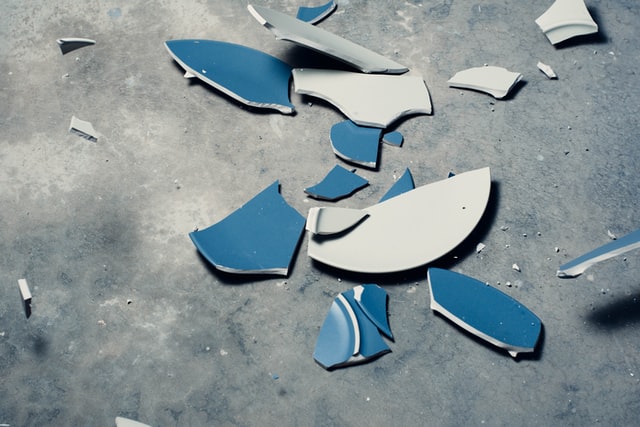 In my late twenties, I spent two years trying to turn my dream of earning an MFA in poetry into a reality. I attended graduate-level writing courses, workshopped my portfolio, and wrote teaching manifestos.

In March of 2000, I received an acceptance letter that included a free ride and the chance to teach college writing classes. The Dream had arrived.

Looking at that letter, I believed hell yes was the only acceptable response.

But as soon as I said yes, a still, small voice inside me screamed, “No!” The next seven nights were sleepless. Fearing I would puke, I skipped almost every meal. Every part of my body said, “Don’t do it.”

But how could I say no to The Dream?

Certain this was just my imposter acting up, I drafted a resignation letter for my job and planned my cross country move. Three days later, I fielded calls from the program director about possible funding opportunities. I should’ve been so happy.

But that little voice wouldn’t shut up.

A week after my acceptance, I called to say I’d made a mistake.

The director accused me of stealing another writer’s dream. His finishing move was a brief pause followed by “We thought you had so much promise.” (What I heard: I’m so disappointed in you.)

Holy guilt-storm, Batman! I was beyond crushed.

Someone had expressed what I’d always secretly known: I was a failure with absolutely no promise.

Certain I’d blown my one and only chance at The Dream, I stopped writing for almost two years.

When my stories refused to give up on me, I dusted off my ego and wrote a novel. Three drafts in, that project fizzled out.

Failure is the F word many of us fear most. Seeing mistakes as our worst nightmare, we trade perfection on the small stage for potential greatness. When meager attempts fail, we call ourselves bad eggs and smash our fragile egos into the wall.

We equate mistakes with sins, and friends, we all know where sinners are headed.

Did you know the original definition of sin is to miss the mark?

When we make a mistake, we are simply missing the mark.

And, in a writing life, every miss is an invaluable gift.

Every draft that doesn’t work is an opportunity to get clearer about your story.

Every critique that hurts in an opportunity to make friends with your ego.

Every rejection is an opportunity to find the right home for your work.

For a long time, I was blind to these opportunities. Instead, I lived from the hell of my perceived shortcomings.

A few years ago, I decided to see my life, and especially my writing life, in a new way. Instead of seeing outcomes as good or bad, I view everything as a grand experiment.

Writing a draft, querying an agent, and proposing a session for a conference, are all just experiments. The outcomes are simply data that tell me whether or not I missed the mark.

Some of those misses are the reason I’ve made it this far.

That stalled manuscript taught me everything I needed to know about writing a book.

That graduate school fail taught me to trust my gut because it knows that sometimes the imposter is not the one who’s trying to slow you down. Sometimes an opportunity isn’t a great fit, even if it feels like a dream come true.

Saying no isn’t the end of the world. There are always more opportunities down the road.

Am I able to do this perfectly?

What would your life be like if you viewed everything as one grand experiment?

What risks would you take?

When would you allow yourself to say no?

What would happen to your inner imposter?

Send me an email. I’d love to know how your experiments are going.

Or better yet, Tweet me your response with the hashtag #lessonsonfailure.