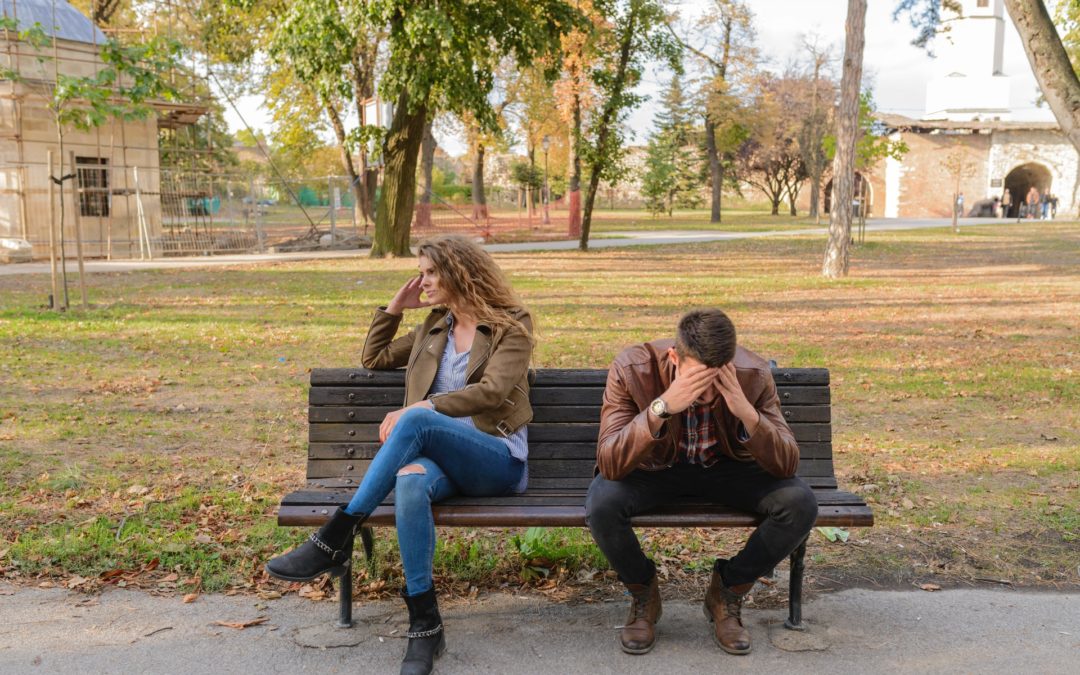 My grandfather was a huge fan of saying “actions speak louder than words.” He believed keen observation would prevent me from being taken advantage of. While this lesson has served me well in my personal life, it’s also wise dialogue writing advice.

Great dialogue contains two messages. The first is shared through the direct dialogue exchanged between the two characters. The second is the unspoken or hidden message revealed through characters’ body language and facial expressions. We call that unspoken message subtext.

Tristine Rainer, author of Your Life as Story, calls subtext a “form of dialogue that contributes to the dance of power.” When subtext contradicts the message in your direct dialogue it amplifies the dramatic tension between characters and heightens the scene’s stakes. To understand what this looks like, let’s check out a few examples.

There are several ways to include subtext in your writing. Hemingway’s short story “Hills Like White Elephants” is about a couple contemplating an abortion. In this section, lines of direct dialogue coupled with the girl’s silence reveal each characters’ true feelings about the choice in front of them.

“It’s really an awfully simple operation, Jig,” the man said. “It’s not really an operation at all.”

The girl looked at the ground the table legs rested on.

“I know you wouldn’t mind it, Jig. It’s really not anything. It’s just to let the air in.”

The girl did not say anything.

“I’ll go with you and I’ll stay with you all the time. They just let the air in and then it’s all perfectly natural.”

“Then what will we do afterward?”

“We’ll be fine afterward. Just like we were before.”

Sometimes writers reveal subtext through gestures and observations as Pam Houston does in this scene from “Highwater,” an autobiographical short story from her collection Cowboys are My Weakness.

“So.” His voice made me jump. “What do you think our potential is in the long-long run?” It sounded like stocks.

“In the long-long run,” I said, “I think our potential is good.” His free hand drummed on the dashboard.

“Do you think I can satisfy you, sexually and otherwise, for a long time?”

I said, “I think you can satisfy me for a long time.” The veins around his temples looked like they would burst.

Without ever saying so, we know this man was hoping for another answer.

Sometimes subtext occurs between the story’s characters and the reader. Check out this phenomenal scene between the killer Chigurh and the owner of a convenience store from No Country for Old Men. In this scene, Chigurh is irritated by the proprietor’s “nosy” questions about what he’s been up to.

CHIGURH
…What’s the most you’ve ever lost on a coin toss?

CHIGURH
The most. You ever lost. On a coin toss.

Chigurh is digging in his pocket. A quarter: he tosses it. He slaps it onto his forearm but keeps it covered. Call it.

PROPRIETOR
Well — we need to know what it is we’re callin’ for here.

PROPRIETOR
I didn’t put nothin’ up.

CHIGURH
Yes you did. You been putting it up your whole life. You just didn’t know it. You know what date is on this coin?

When watching this scene, it’s clear the proprietor is afraid of his mysterious customer, but he has no idea who Chigurh really is or the stakes he’s playing for. But the reader does.

So, what can you do to increase the subtext in your dialogue?

Like all skills, subtext is one that requires practice. Once you get the hang of it, you’ll write engaging scenes readers will love.